Well, it’s that time of year again. I do this every year and I’m always wrong, but I won’t let that stop me.

American League East: Yankees. Yeah, big surprise for me, right? But our starting pitching is (on paper) so much better this year. I really don’t think Tampa will repeat as AL East champs. In fact, I wouldn’t be surprised if they don’t make the play-offs. I think they will take a step back. Their starting rotation had virtually no hiccups last year. I don’t see that happening again.

American League Central: Twins. They almost did it last year, only losing to the White Sox 1-0 in a one game heart-breaker. They’re a young, athletic team and they are well managed. The Tigers are all messed up, and their pitching that looked so strong in ’06 has mysteriously been shot to hell. The Indians seem to be regressing and the White Sox, I don’t even understand how they win at all – they’re very Yankee-like, in a bad way. Old veterans, and not athletic.

American League West: Angels. They’re not going to win a hundred games, and their pitching is all banged up, but their division is so bad, they should win again anyway. Maybe Texas can slug their way to the top, but I doubt it.

AL Wildcard: Tough one. The Wildcard will come out of the East. I hate Boston, so I’ll pick Tampa.

National League East: Phillies. I don’t like the Mets’ rotation, outside of Santana. The fact that Livan Hernandez, who gives up a TON of runs, is their fifth starter, is scary. I also think Citi Field is going to be a problem. It looks to be a very deep park, a pitchers’ park, and they will need young, highly athletic outfielders to keep singles from becoming triples. It could be a nightmare, though Reyes may steal 70 bases in that park.

National League Central: Cubs. I would like to pick a team other than the Cubs, since I feel they will not be as dominant in their division this year, but honestly, what other team has the pitching? Not Houston. Not the Cardinals. Perhaps the Reds, if Volquez, Cueto and Harang pitch up to form, but that never seems to happen for the Reds. The Brewers lost Sheets and Sabathia, so we won’t be hearing from them again, which is a shame, since they’re a fun team to watch.

National League West: Diamondbacks. This is the WORST division in baseball. God-awful. So much so that I think any team BUT the Padres can win it. However, I don’t think the Dodgers will repeat, since their pitching hasn’t improved. I think the Giants will be better than last year, and will contend. The Rockies are a nice team, but I just don’t see the pitching.

NL Wildcard: Another tough one. Again, I think the wildcard will come out of the East. I say the improved Braves will battle the Mets for this, and I think the Mets will fall short again.

They then asked people to fill in the blank for the following:

Here are some of their favorite responses: 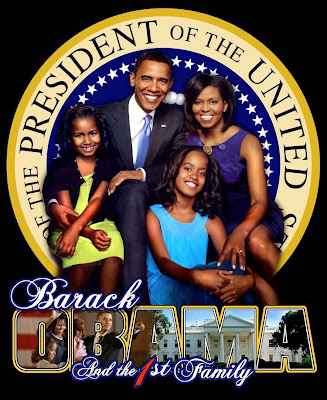 Well, I Got That One Wrong

Congrats to the Phillies.

Man, that's gonna stick in the craw of the Mets all winter. LOL!

You know, after Game 5 of the ALCS, the Rays kinda reverted to the Devil Rays, you know? They really sucked in this series. What the hell happened?

I wouldn't be surprised if the Rays don't repeat as a playoff team. They have the stink of "one and done" to me, like the Rockies and the Tigers.

I say Rays in 6. Their pitching is stronger. Also, the Phillies' ballpark works against them against a team like the Rays that hits a lot of home runs. I expect at least one game in Philly will have a football score like 14-10, or something like that.
Posted by Michelle Pessoa at 10/22/2008 05:56:00 PM No comments:

Well, I got three of the four division series winners right. But I did say that the Cubs were the Cubs. What the hell is the matter with that team? They played tight. And the Angels? They played like $#!@. How come they never played so poorly vs. the Yankees?

ACLS:
Boston Red Sox vs. Tampa Bay Rays: The only thing standing between the hated BoSox and back-to-back World Series championships are the Rays. I pray that the Rays beat them. I’m sick of Red Sox and their front runner “fans.” Rays in 6. But they REALLY need to win the first two games at home.

NLCS:
Los Angeles Dodgers vs. Philadelphia Phillies: Don’t look now, but the Dodgers look like they’re gonna pull an ’06 Cardinals on everybody. My head says the Phillies are a better team, but my gut says the Dodgers are going to pull this off. Dodgers in 7.
Posted by Michelle Pessoa at 10/08/2008 05:19:00 PM No comments:

Brewers vs. Phillies: I like both these teams. There are nice young stars on both squads. I feel that the Phillies have the edge since they were in the playoffs last years and they have an idea what went wrong. Also, Sabathia can’t start game 1, and Sheets is done for the year, so those are big minuses for the Brewers. I’d say Phillies in 4, but I wouldn’t be sad if the Brewers managed to pull this off.

Dodgers vs. Cubs: The Cubs have much better pitching and the home field advantage, but they are the Cubs. This is essentially the same squad that got swept last year by the Diamondbacks, and that shouldn’t have happened. Manny is motivated, and that’s dangerous. But Joe Torre hasn’t gotten out of the first round of the playoffs since 2004. It would be interesting if he did so now, eh? But I say Cubs in 5.

Red Sox vs. Angels: I hate the Red Sox, but the Angels will probably find a way to lose this series. The Angels haven’t played a meaningful game all year, and I think some of their guys are hurt, but not as bad as last year with Garret Anderson getting pink eye, of all things. I’d like the Angels to win this one, but I’ll reluctantly say Red Sox in 5.

White Sox vs. Rays: The White Sox suck. The way they played down the stretch was pitiful. I was sad that the Twins lost yesterday, but either team is inferior to the Rays. The Rays have better pitching and younger, more athletic players. The only thing that could stop them would be if they get psyched out, or their manager, who has never managed an important game, drops the ball. Rays in 4.
Posted by Michelle Pessoa at 10/01/2008 02:13:00 PM No comments: